Interview with Kylie Stedman on Social Prevention and Responses to Violence

In response to the national focus upon male violence in the UK, following the death, alleged abduction and murder of Sarah Everard by a British police officer, and the wider topic of women’s lack of safety on the streets, James Blacker informally asked Australian friend and colleague and Global Commons Trust visionary, Kylie Stedman, for her thoughts on potentially more effective approaches.

Kylie Stedman: I can see why people are objecting. The whole situation is sickening and it sucks.

That said, I’m also not entirely sure police were left with much choice given the general state of covid-stupidity we’re swimming in (on all sides), and I’m really really wishing we’d get a bit more strategic in our approach to social change than just defaulting to protests.

Pragmatically speaking, protests alone are not going to change anything we need changed, and worse, their most obvious outcome is to polarise opinions even more than they are already. The degree to which our society is polarised, and increasingly polarising, truly sickens me too.

I’m so tired of the way we delude ourselves that we’re doing something useful just by talking about being “anti” something we don’t like, particularly via tweet-storming-virtue-signalling on social media.

James Blacker: Okay, cool. What would you have people who care do, instead of protesting?

Kylie Stedman: Off the top of my head:

The underlying strategy for these 3 suggestions is to effectively undermine a potential perpetrator’s ability to perform an accurate ‘risk analysis’ on a target in a given situation. This means that for tech solutions it’s important to make the tech as cheap and accessible as possible (and preferably free, at least for those who can’t afford them), and to help everyone set the tech up to work for them.

I’m sure there are many other actions that might be usefully taken though. Just brainstorming and trying out a few possible ‘solutioning’ actions would be a great start … much more useful than protests and retweets which basically demand that someone else should “do something”. 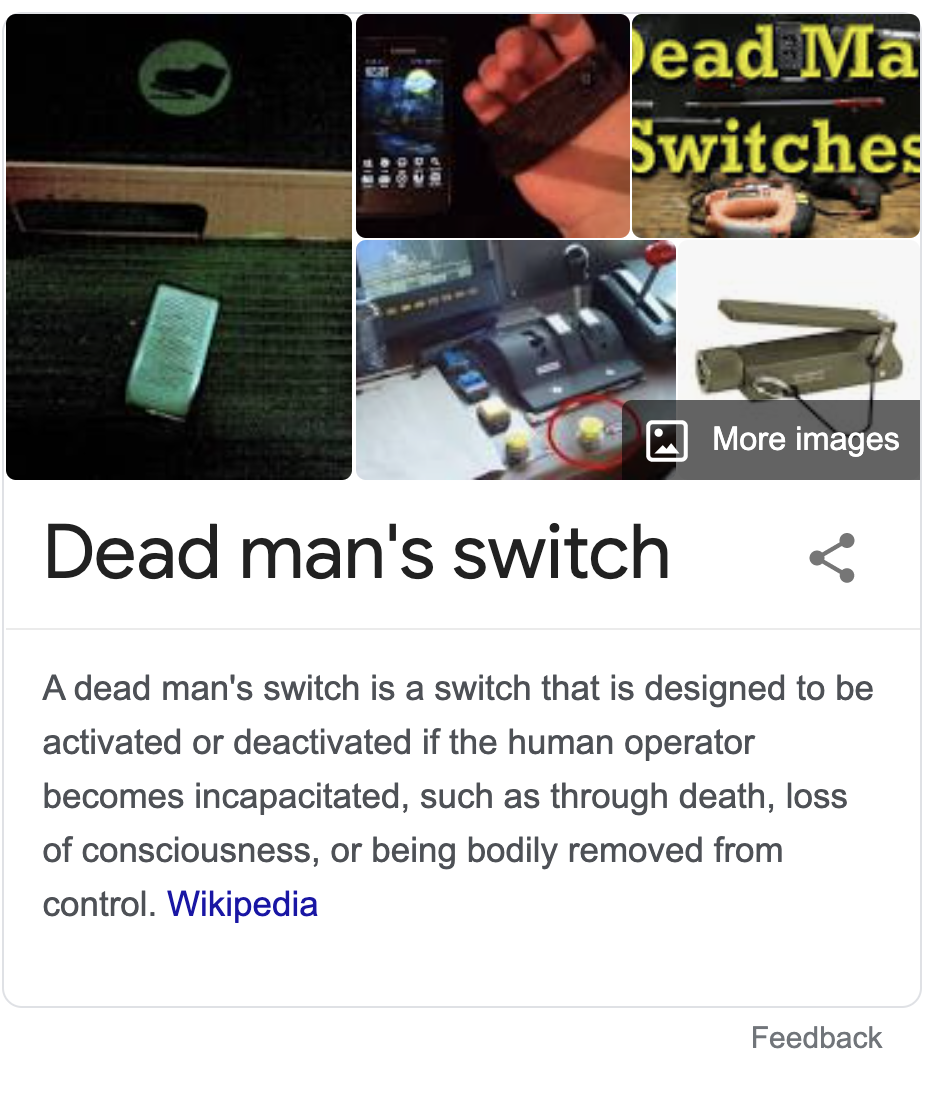 James Blacker: I like those ideas! 2 and 3 are great ideas. 1 is a valid idea, although at the moment in the UK would lead to accusations of not ‘reading the room’, because the feeling is women have to bend to what is a male-caused problem.

Kylie Stedman: That would be a fair accusation, actually, because I don’t consider ‘reading the room’ to be anywhere near as important as actually preventing this kind of violence from happening. I want everyone to be able to safely walk the streets. And in my opinion, expecting men to solve this problem on behalf of women is very nearly as delusional as expecting babies to clean up after themselves or fish to climb trees. The men who would help women to solve the problem are rarely the same men as those who would aggress against us, and those who aggress against us are highly unlikely to help us. And to be blunt – if the room can’t see that, I don’t put much stock in the value of its opinions.

I also know first-hand that learning how to physically defend oneself can make a difference. One evening when I was 18, I was walking home from the train station when a man materialised from what seemed like nowhere and grabbed my arm. There’s not much more to tell, because I’ve never been able to remember what happened between the sensation of his hand closing on my upper arm, and ‘waking up’ just inside the front door of my home to find my heart pounding, and my elbow, knee and hand all throbbing painfully. Once I noticed all that, shock finally kicked in and I started shaking. I’d apparently fought then fled on pure reflex, thanks – I imagine – to a childhood which included taekwondo lessons as well as some physical tussling with my brother. Fighting back won’t always work, but that time, having those fight reflexes kick in (rather than the default freeze/faint/flee reflexes that non-fighters usually have) quite possibly saved my life. Maybe the best gift we can ask of the men who care for us is to teach us to fight, to help us find and develop a healthy and respectful relationship with our own physical capabilities.

You mentioned “cause”, which reminds me that another concern I have is the way we systemically deal with the damage actually caused through violence, and the ongoing consequences of it. I think we need to question some of the key axioms underpinning our current fault-based legal system, which results in much of the loss and damage of violence falling entirely on victims and their families. I think as a society we should default to distributing those losses and costs without first trying to assign guilt/blame for them, as a kind of social guarantee.

James Blacker: Oh, I see. You’re not comfortable finding fault in the male perpetrator? Or the system?

Kylie Stedman: I don’t think that compensating a victim for an injury they’ve suffered should be dependent on finding someone to blame for the injury.

James Blacker: Should it be based on guilt?

Kylie Stedman: No, I don’t think so. I think that if society fails to protect a citizen from harm, then society should take responsibility for the losses resulting from that harm. The question of guilt should be a separate question altogether.

Kylie Stedman: I don’t think so. I don’t think blaming or fault-finding is naturally relevant to the question of caring for those impacted. The loss occurs, it’s happened, regardless of whether those who caused the loss are ever held accountable. The question I’m asking here is who should wear the loss? Should the victim be treated as responsible for the loss they’ve suffered? I think in many cases that’s essentially what we do now. A victim (and the secondary victims who care for them) can’t escape the losses suffered, but as a society we make compensating them for that loss (for which they are not at fault!) contingent on finding someone else to blame. How do we justify that?! What sort of shitty social contract is that?!

I really think we need to start talking seriously about a social insurance/guarantee/warranty for those who suffer loss. It’s completely unfair to make a victim’s compensation dependent on first legally assigning blame/guilt to a perpetrator.

James Blacker: My point being surely there has to be some decision of whether someone’s entitled to the money, otherwise there would be nothing to stop it being given to everyone.

Kylie Stedman: I think that’s a different issue again. I’m really just drawing a distinction between (a) compensating a victim and (b) blaming a perpetrator, and saying I believe that (a) should not be dependent on (b).

It would be a tough sell to the women of this country that a perpetrator is not to blame.

Kylie Stedman: I’m not saying that.

Kylie Stedman: To clarify, I’m saying that a victim should be able to receive compensation for their loss regardless of whether or not a perpetrator is ever found legally guilty.

James Blacker: Ah, that makes good sense. Then there’s the hurdle of those complaining that a woman might get compensation without ‘proof’.

Kylie Stedman: That would be a false dichotomy. I’d propose that a victim would need to prove they suffered a loss because they were attacked (with the question of “by whom” being largely irrelevant). The standard of proof would be “on the balance of probabilities”, not “beyond a reasonable doubt” i.e. they would need to satisfy the civil burden of proof, not the criminal one.

James Blacker: Ah cool. Sounds very feasible. But costly – and fair – so no wonder the Government haven’t implemented such a thing.

Kylie Stedman: Exactly. So I reckon if people worked together to get that kind of victim compensation law in place, they’d be accomplishing something very real and very valuable for society.

James Blacker: So create a national commons trust to put pressure on?

Kylie Stedman: It doesn’t have to be a formal trust, although we are indeed talking about a commons. I suspect a self-organised informal lobby group would suffice to get it done. Some people who are legally savvy could draft the legislation. Then someone who is in a position to do so could table it in parliament. Or whatever the appropriate process is in the UK.

The real purpose of protest, as I see it, is to raise public awareness about an issue. And there are other effective tactics which can be used to raise public awareness, especially when the message to be brought to attention is FOR an action that people can cohere and organise around, rather than AGAINST some amorphous, complex and undesirable state of affairs.

Some examples: Create and circulate a petition to collect a huge number of signatures. Pay to advertise the desired action on the sides of buses. Ask landowners to write it up in huge letters on their fields (or get people to lie down in letter shapes on the grass in a public space) and take aerial photos of the message. Print the message on t-shirts. Sky-writing. Badges. Scarves. Whatever. Distribute it on social media, which has surely got to be good for something other than polarising us.

Oh, and where there is a perpetrator, society can always fine/bill them to make restitution and help pay for the costs of compensating victims. Who knows, authorities might be even more motivated to commit resources to chasing perpetrators of violence if they’re debtors and the costs of not recuperating damages from perpetrators for the consequences of their actions are significant. 😉

James Blacker: Do you mean if the perpetrator is FOUND GUILTY society can fine or bill them?

Kylie Stedman: Yes, if they’re found guilty, based on the appropriate (criminal) standard of proof of “beyond reasonable doubt”.

PS. It seems there is some compensation available in the UK already. Not sure about how many hoops need to be jumped through, and whether or not it is anything like adequate.